Ok, folks. I can’t believe it’s almost been 2 years since I wrote my last post about a Studio McGee project. I seriously feel like it was just yesterday that I wrote that post. Good lawd almighty. 😯

A few months ago, one of my newsletter subscribers reached out with a special request to do a High End Look for Less with Studio McGee’s Crestview house’s primary bedroom, so here we go!

If you’re a design enthusiast or a Target® home decor addict (like me!), you’re most likely familiar with behemoth design studio, Studio McGee, by now.

It’s been such a treat watching her one-woman interior design company gradually turn into a juggernaut which now employs hundreds of people. Plus an Emmy nomination to boot for their hit Netflix series, “Dream Home Makeover!” As a designer that’s currently in the humble stage where Shea first started, I personally find her drive and determination incredibly inspiring in creating my own little design journey.

Thousands of Studio McGee’s fans and followers adore SM’s design style but can’t afford to replicate it in their own homes since Studio McGee specializes in really high-end projects. But that doesn’t mean you can’t get a taste of their signature look to fit more in line with your budget if you use their designs as inspiration in creating your own version.

This kind of high-end interior design typically comes with a price tag too painful for us mere mortals.

I’m not sure of the exact cost of this room but based on a few items I was able to source, I would estimate this bedroom cost at least $25,000-$30,000 (not including the flooring, painting, woodwork, etc.) to decorate.

So let’s break down the big elements in this space and some less expensive options to create our own version. You can always find all the little home decor fillers from Homegoods, Marshall’s, Target, etc.

First of all, the beautiful off-white paint color that Studio McGee typically uses in a majority of their projects is Benjamin Moore’s “Swiss Coffee” at 75% strength. Shea rarely uses paint colors at full strength in order to tone the colors down a bit.

If Benjamin Moore paint isn’t within your budget, you can easily grab a paint chip at one of their stores and have your favorite paint store create a custom color match for you. Just keep in mind that since each paint manufacturer has its own formula for white paint bases, the color match may not be 100% exact.

Make sure to tell the paint mixer that you want the paint mixed at 75% strength (sometimes they’ll refer to it as 25% lighter which is the same thing).

Next up is the bed. As I previously mentioned, the bed they used is almost $4,000 so here’s a budget-friendly option (the price fluctuates but it’s usually under $1,000).

I recently used this bed in my own client’s guest bedroom and it’s really beautiful in person and is a high-quality piece. It currently has almost 5,000 positive reviews on Joss & Main and you can also request a fabric sample which they mail out very quickly.

I couldn’t source the exact nightstand they used which isn’t surprising since a lot of furniture gets discontinued to make room for the latest and greatest designs. But I’m willing to bet each one was at least $1,000.

This one from Pottery Barn isn’t much cheaper at $699 but when you’re buying two of them, you’re saving at least $600 which you can put towards another element. Plus, it’s a high-quality piece that will last you many years.

Studio McGee incorporated a vintage Turkish rug that most likely cost at the very least $2,500 but I’m willing to bet it cost way more than that since it’s probably an 8×10.

Here’s a really beautiful rug from Loloi Rugs that is quite neutral and would work in any space. While it doesn’t have that wonderfully authentic character of a vintage rug, this is the next best thing. And the price on Amazon can’t be beat!

I recently used this Lenna rug from Loloi Rugs in my client’s living room. It’s really beautiful in person and my client is thrilled with it. An oversized vintage rug wasn’t in her budget so the Loloi rug was a great alternative.

I couldn’t source that exact settee so it’s either been discontinued or a custom-made piece (I’m betting on the latter). Either way, I’m guessing it cost $5,000 at the very least.

I thought this cute loveseat from West Elm was a good option and I love how the feet add a little touch of glamour. The “Dune Distressed Velvet” fabric has a beautifully neutral tone and is absolutely stunning in person so make sure to order a free swatch!

I couldn’t find the exact sideboard but I’m guessing it was at least $2,500. I think this dark piece really grounds the space so I found a few interesting options for you.

I couldn’t find the exact slipcovered armchair Studio McGee used but found some that were very similar and they were all around $2,000.

This one from World Market is feather-filled and swivels too!

I’m not sure which lamps Studio McGee used on the nightstands but I’m sure they are at least $500 each. I found some great options for you.

I did find the black rattan table lamp Studio McGee used on the black sideboard and it’s this one from Rejuvenation for $469. I found a couple of cute options for you though!

And there you have it – your very own version of a bedroom designed by Studio McGee for way less!

I hope this post inspired you to not be intimidated in trying to recreate a high-end interior design look you love due to the accompanying high-end price tag.  There are ways to achieve the look and feel of that inspiration room you love without buying the exact items the interior designer used.

And always try to interpret an inspiration room for YOU because we’re all individuals and have such different personalities!  Just use these rooms as design guides and then put your own personal stank on them. 😍 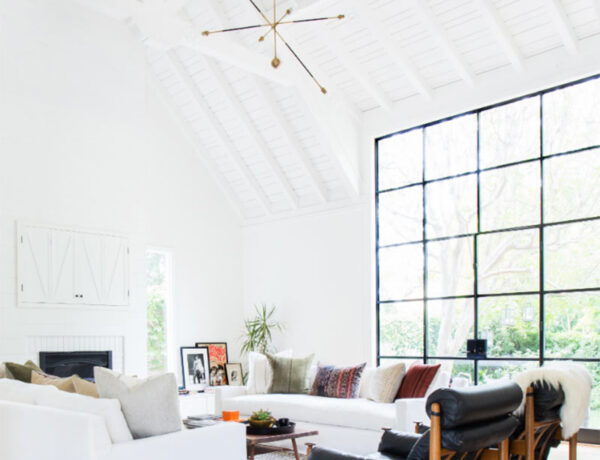 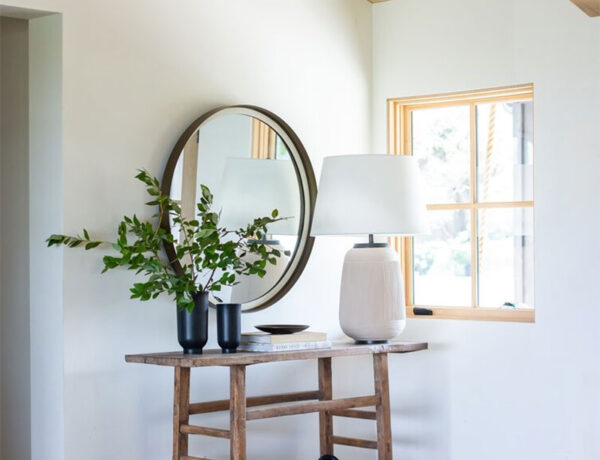 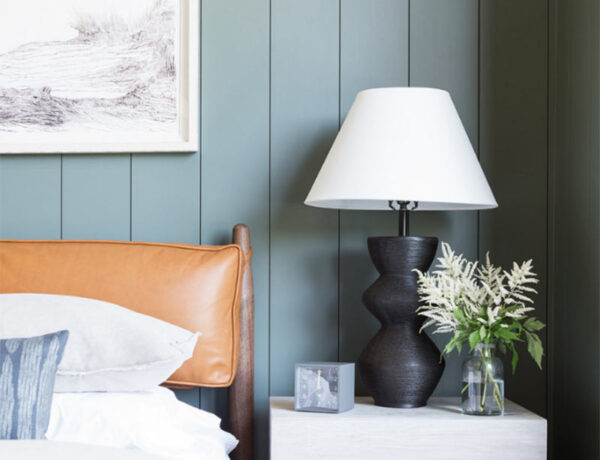 The New Kitchen Layout for Our Future New-Old Cottage

12 Dreamy “Huggable” Boucle Sherpa Chairs to Snuggle Up In

MY NEW HAPPY PLACE. 😍 We went up to our little

My little ray of sunshine crossed the Rainbow Brid